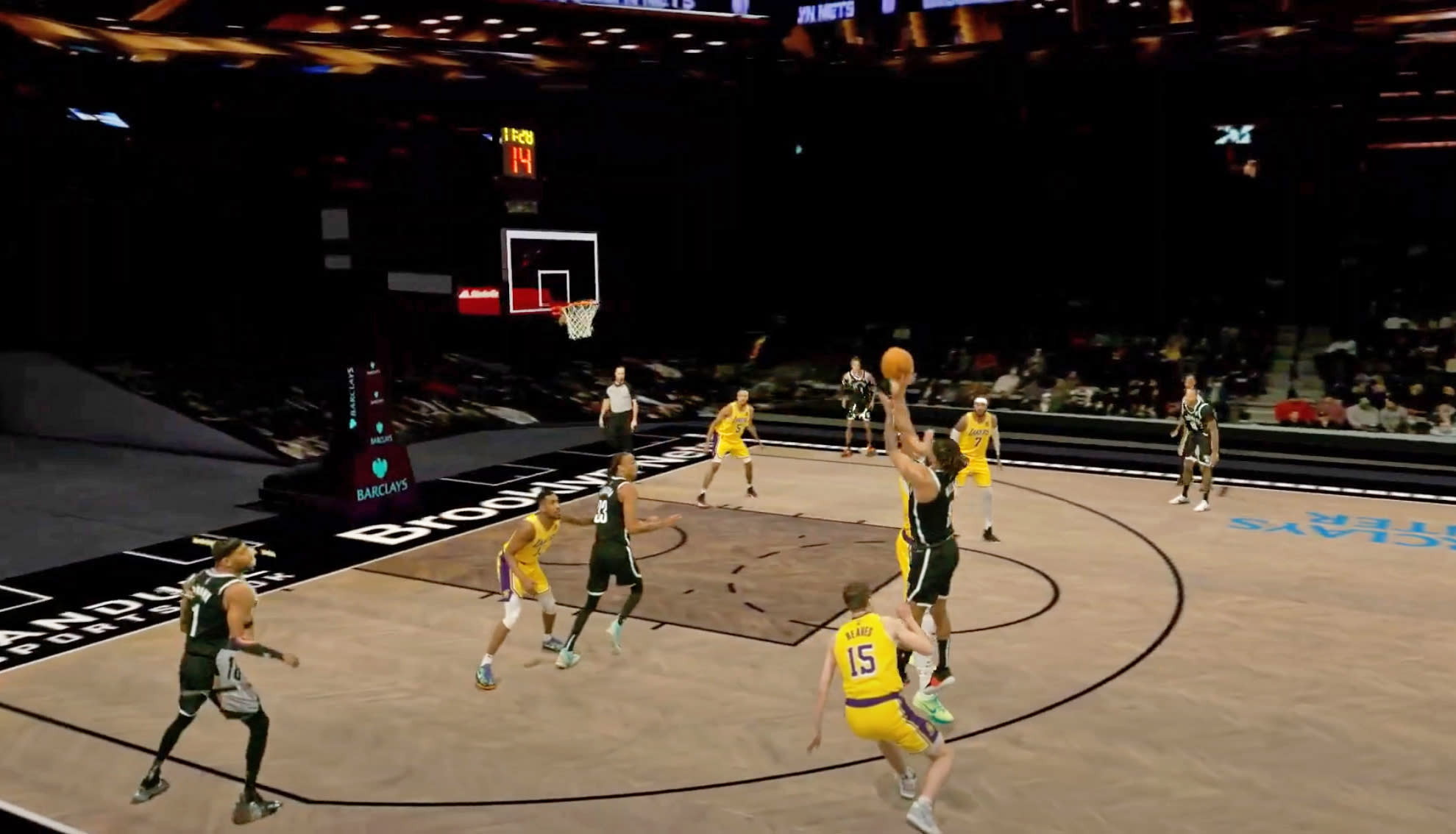 The network says this is the first time it will be used for a live event.

TV broadcasters are trying all sorts of new tactics to spice up live coverage, including some truly wild things for sports. The NFL made games kid friendly with Nickelodeon-style slime cannons, for example. For tonight's NBA matchup between the Mavericks and Nets, ESPN is trying something with more universal appeal. The network says that for the first time ever, 3D volumetric video will be used for a live full-game broadcast.

The project is the result of a collaboration between ESPN Edge, Disney Media & Entertainment Distribution (DMED) Technology teams, the NBA and Canon. The experimental setup uses Canon's Free-Viewpoint Video (FVV) system with over 100 data capture cameras positioned around the basketball court. The result is a live sports broadcast merged with multi-dimensional footage — something that looks very much like you're watching a real-life video game.

While ESPN says this is the first time the technology has been used for a full live production of a sporting event, it has been used before. With their “Netaverse," the Brooklyn Nets — in collaboration with the NBA, Canon and the YES Network — have used the dimensional footage for replay clips and other post-production content. The Nets are also the first team from any of the four major US pro leagues to utilize the system, first capturing game action with it in mid-January. The clips you see here are from early use of the system, but ESPN said it worked with DMED Technology to build on top of what Canon, the NBA, the Nets and YES had done, making several enhancements so it worked better for live games. The still image above doesn't really do this justice, so you really need to see the video clips, even in their early form, to get a real sense of what this looks like.

Six separate feeds are sent to ESPN's control room in Bristol, CT, essentially offering six virtual cameras that are each able to move in three dimensional space to any spot on or around the court. Each feed has a dedicated "camera" operator who controls the view. The alternate broadcast will also have its own production team, as well has dedicated commentators, piping in the natural arena audio from Barclays Center in Brooklyn. ESPN says the broadcast isn't totally reliant on volumetric video as it can integrate traditional cameras, replays and other content into the 3D environment via a rendered version of the jumbotron.

Last April, ESPN offered an alternate Marvel-themed "Arena of Heroes" broadcast during an NBA game. While that bent more towards the cartoony aspect of video games, tonight's effort is more about showing the action with a immersive dimensional quality. The network says the experiment shows new ways emerging technology can be used to offer something beyond what we're used to seeing on TV, expanding what's possible for production in the future.

The alternate broadcast will be available on ESPN+ and ESPNEWS when the Mavericks and Nets tip off at 7:30PM ET tonight.

All products recommended by Engadget are selected by our editorial team, independent of our parent company. Some of our stories include affiliate links. If you buy something through one of these links, we may earn an affiliate commission.